Posted by Dave Rea on Nov 24 2007 at 04:00PM PST in 2018 Season
More editing options
Darren is a Senior cornerback at for Baldwin Wallace this season.  He has earned a Varsity letter as a Sophomore and Junior and is a Co-Captain with the Yellow Jackets this season.  They finished 6-4 overall and 5-4 in the Ohio Athletic Conference.  Darren was a member of the 1996 Jaguars Varsity.  He is pictured below picking off a pass against Augustana College. 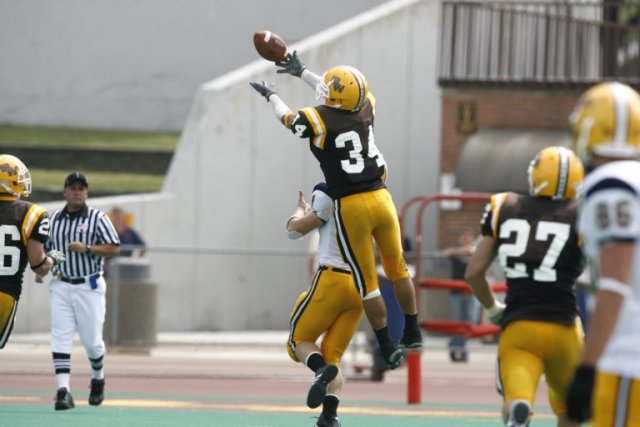 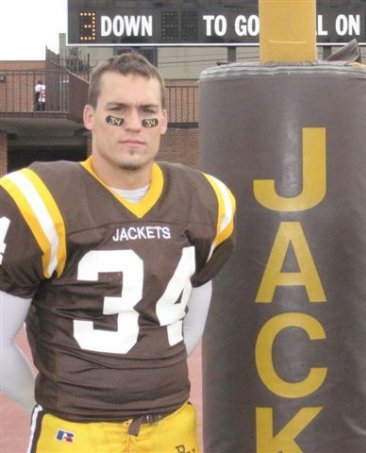