hide
hide
No announcements have been posted yet for CaDist30-Juniors.

Posted by Kent Dodson at Jun 10, 2010 5:00PM PDT ( 0 Comments )
more editing options
We had a great day of games including an IF game.  I want to thank George Salazar at Southwest Little League for hosting games.  He and his crew stuck it out from early early Saturday morning until the end of the last game past 10pm.  That is a great commitment for a league that did not have a team in any of the championship games.  I also want to thank Yollie Linan who kept score of all 4 games.  It was a long but fun day.  They were all fun competitive games.
I also want to thank the crew from District 51 as they  came all the way from Palmdale and did a great job on 2 of our games as did our D30 Umpires, Joe Venegas, Bob Gerbasi, Mike Ash, Don Lee and Bob Tallaksen.
SENIORS - The senior division tournament featured the OL Cardinals vs OL Diablos.  The Cardinals came out on top 9 - 7.  After a couple of innings both teams settled in and had to go 9 innings to determine a winner.  Zach Vittetow from the OL Diablos went 6 2/3 innings giving up 1 run and posting 6 straight shut out innings.  Zach gave up 4 hits and walked 3 and struck out 6 while hitting one batter.  Offensively Zach was 1 for 3 with 2 walks and 2 stolen bases and 1 run scored.  PJ Arzola went 5 for 5 and scored a run.  Jeff Hanson was 2 for 4 with a stolen base and run scored.  Max Huffman and Tyler Seavey each added doubles.  The OL Cardinals had highlights from Caleb Couch going 6 innings giving up 4 runs (3 earned) scattering 7 hits and walking 3 and striking out 1.   Jordan Lucio went 2 innings for the win giving up 1 run (earned) and walking 1 and striking out 1while going 2 for 4 with a run scored and a stolen base at the plate.  Offensive highlights for the Cardinals was Brandon Bodiford going 2 for 4.  In the top of the 9th the Cardinals's Trevor Schopper, Dustin Spence and Caleb Couch put 3 hits together to take the lead 9 - 6.  Great job by both teams.
OL Cardinals    240 000 003 - 9
OL Diablos       212 100 001 - 7
Juniors Tournament A - This game featured the undefeated TE Titans vs OR Titans.  The OR Titans came out strong putting up a run in the first and 5 more in the 3rd and adding 3 more in the 4th.  Kyle Mescall held the mighty TE Titans to 3 runs over 5+ innings of work.  Kyle walked 4 and struck out 3 for the win while Jordan Friedrich pitched 2 scoreless innings to finish the game.  Jordan also went 2 for 3 with a hit by pitch and 2 runs scored and 2 stolen bases at the plate.  Benjamin Hernandez also went 2 for 4 and a run scored.  Jonthan Brock went 3 for 4 with a double as well as hits added by Kyle Hefler and Denny Jimenez.   TE Titans were highlighted by Zack Oxby going 2 for 4 with 2 stolen bases and Evan Shin going 1 for 2 with 2 walks and a stolen base.  Luke Meier also added a 3 for 4 day with a double and triple and a run scored.  Nick Sides went 1 for 4 with a hit by pitch and 2 runs scored.  Final Score OR Titans 9 TE Titans 3.
TE Titans    010 002 0 - 3
OR Titans   105 030  x - 9
Since the OR Titans were out of the losers bracket both teams came back for the IF game at 6pmfor a classic "Clash of the Titans".  Both teams brought their bats for a total of 30 runs.  The OR Titans would not go away and everytime you thought they might have hit the wall they came right back.  OR TItans highlights were Jordan Friedrich going 3 for 5 with 2 runs scored and 2 stolen bases and a run batted in.  Aaron Case goin 1 for 3 with a walk, hit batter and 3 runs scored.  Matthew Treanor going 2 for 5 with 2 runs scored and a stolen base and 3 runs batted in.  Benjamin Hernandez going 3 for 4 with 2 runs scored.  Jonathan Brock going 3 for 4 with a stolen base and a run scored and knocking in 5 runs.  Justin Dome going 2 for 4 and a stolen base and an rbi.  Kyle Hefler going 1 for 4 with 2 runs scored and Denny Jiminez adding a hit and run.   The TE Titans highlights were Zack Oxby going 3 for 5 with 2 runs scored and 2 stolen bases.  Ryan Miller 2 fo3 with a walk, hit by pitch and 3 runs scored and 2 stolen bases including a steal of home.  Luke Meier went 2 for 3 with a walk and hit by pitch and scored 4 runs and 4 stolen bases including home.  Evan Shin went 1 for 3 with a triple, a stolen base and 2 runs scored.  Brendan Bennett went 3 for 4 with a stolen base and 3 runs scored.  Ben Brenninkmeyer went 1 for 1 with a run scored and Dylan Caballero went 1 for 4 with a run scored.  Both teams should be extremely proud of themselves for the effort put forth.  This was without a doubt one of if not the best junior TOC tournament game.
OR Titans    205 310 2 - 13
TE Titans     605 311 1 - 17
Junior Tournament B - This game freatured the NW Titans vs NE Angels.  This game started off with a bang with each team getting 2 run blasts in the first inning.  The NE Angels drew first blood by  getting a run home run to right field by Drake Hernandez.  Mike Neives also added a base hit as did Carlos Estrada.  Darren Poencet kept his team in the game by going 4 innings giving up 2 runs and walking 3 and striking out 7.  The NW Titans highlights were Leonord Borjas pitching 6 2/3 innings giving up 3 hits walking 1 and striking out 13.  Leonard also went 2 for 2 with a double and 2 runs scored.  Aric Richardson went 3 for 4 just needing a triple for the cycle.  Aric also scored 3 runs and knocked in 3 runs.  Albert Alvarez with 3 for 4 with a stolen base and an rbi.  Mike Serrano also added a base hit for the Titan offense.
NE Angels    200 000 0 - 2
NW Titans     330 020 x - 8
cancel

Posted by Kent Dodson at May 7, 2010 5:00PM PDT ( 0 Comments )
more editing options
Our tournament meeting is on May 13, Thursday at 6:30pm at Foothill High School in the football film room on the northern side of the campus. the gate is actually at the corner of Foothill and Old Foothill. It is just east of Tustin Western LL.   Please make sure you are on time.
cancel

With deep sadness District 30 and Little League Baseball lost a long time supporter and friend to cancer on March 6, 2010. Frank Folsom was a manager, coach and member of the Board of Directors with North East Santa Ana Little League for 9 years. He has volunteered many hours throughout his lifetime and has served many years on the District 30 staff. He was a dedicated volunteer to the program and always had a positive attitude.

Frank was born in Deer River, Minnesota on June 27, 1944. He and Lynda were married in 1970 and had 2 sons Greg and Gary. The boys played at Northeast Santa Ana LL. Frank’s grandsons Gavin and Nolan currently play at Orange Little League.

The District 30 Staff would like to dedicate the 2010 season in memory of Frank Folsom. 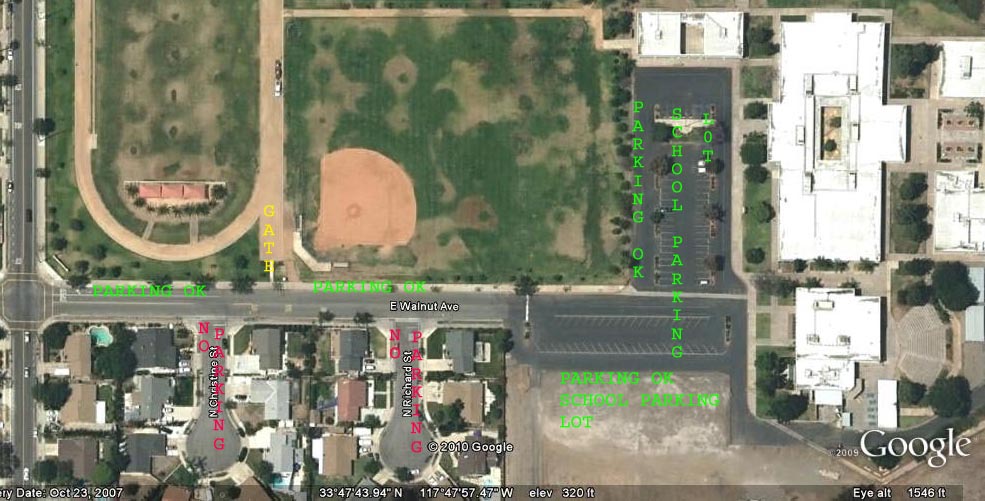