Congratulations to Sitka Little League's smallest champions. This team of strong players and coaches fought hard to take home the 2017! 8-10 YEAR OLD ALASKA DISTRICT 2 title. Games where played on Sitka's Moller field against Ketchikan and Juneau. They came out on top scoring 9-0 against Juneau in the championship game.

All of the other Sitka Little League's All-Stars teams including the major and junior baseball All-Stars teams and the 8-10 softball team played great tournaments. They all made it to the championship game and lost by a few to finish second.

As always thank you to all the players, coaches, parents, board members and volunteers for such a successful season. What a great way to end the 2017 season! 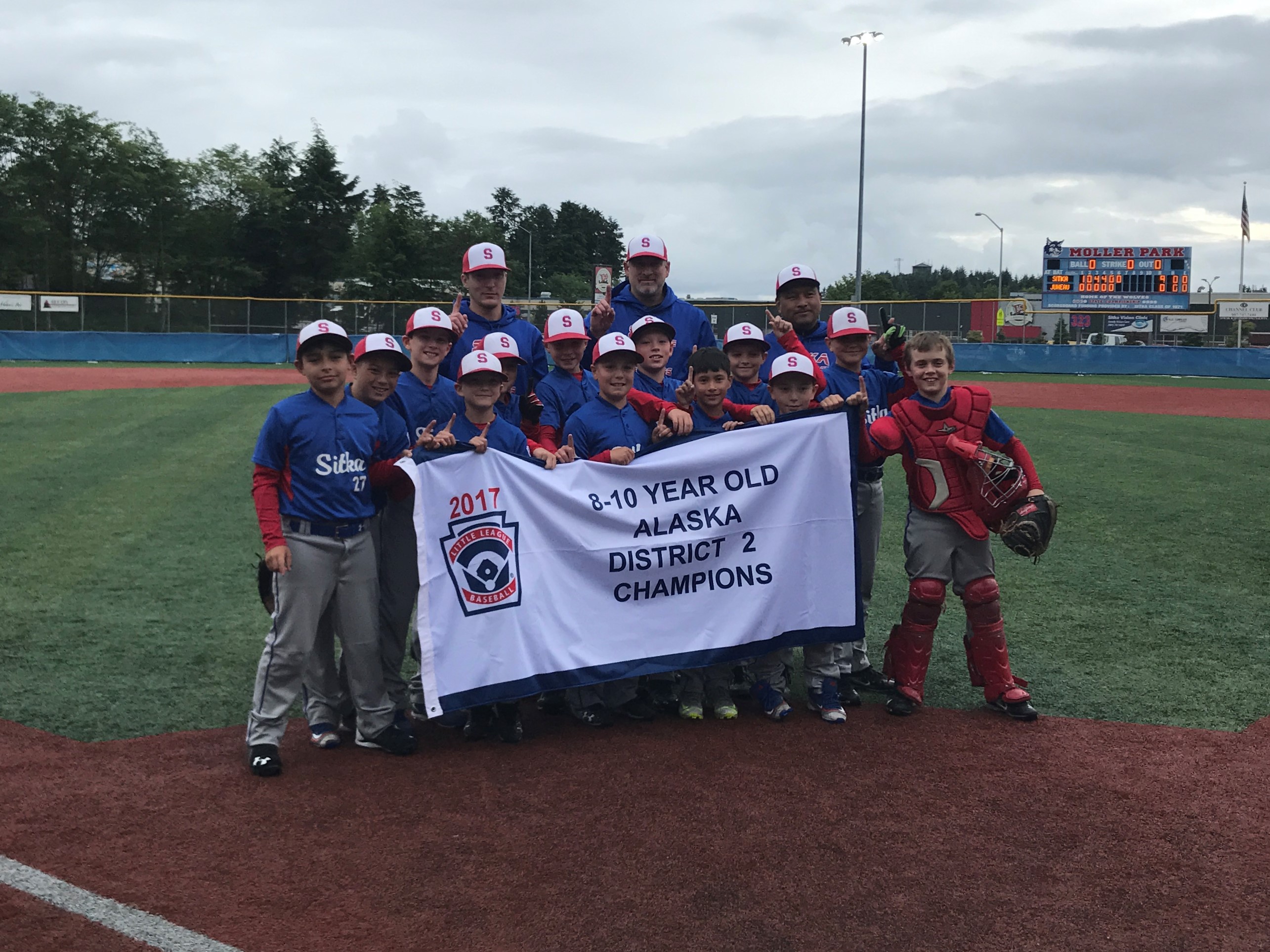