Posted by Keith Waninger at Jun 14, 2008 5:00PM PDT ( 0 Comments )
more editing options
On Friday evening June 15th, 2007 Jay Cutler (Denver Broncos Quarterback) and Jon Goldsberry (Chicago Bears Fullback) visited the Southern Indiana Spikes Athletic Center. A large crowd of current and former Spikes athletes and parents were in attendance. The evening started out with a light meal followed by a personal question and answer session with the two NFL players. There were several good questions and responses made through out the session. Jon & Jay did also touch on what it takes to be successful not only in sports, but in the game of life...hard work and dedication!!! Afterwards an autograph signing and picture session concluded the evening.
Everyone in attendance had a very memorable night at the Spikes Athletic Center.
(Click on "Pictures" in the left menu for more photos from the evening) 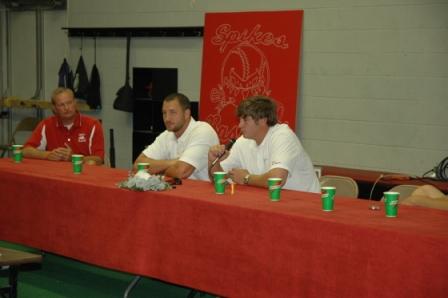 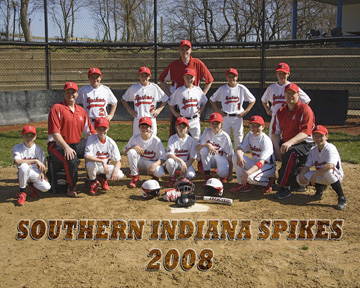 The Spikes will have two programs for apparel and merchandise in 2008.

The familiar, local store program is available along with a new on-line store that will feature items not in the local program.

We are happy to announce that the 2008 local merchandise and apparel program is once again set up and ready for your orders. Please click on the link below to be re-directed to the new downloadable brochure. Please note that these local orders must be turned in to the designated local store by March 1st 2008. You must be a Spikes member and have website security clearance to access this document. If you have not set up a Spikes security logon and password, just follow the directions that come up after clicking on the link to aquire them.