hide
hide
No announcements have been posted yet for Senior 2nd Season. 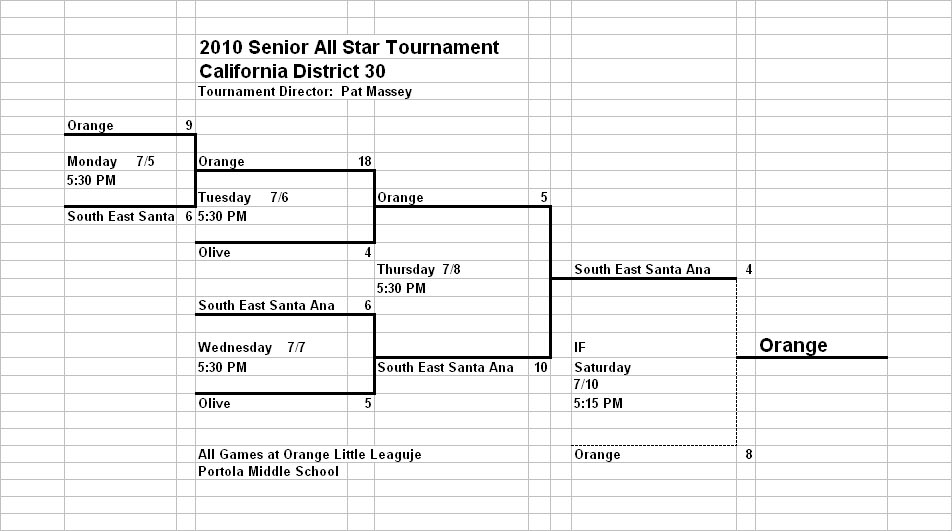 Posted by Kent Dodson at May 7, 2010 5:00PM PDT ( 0 Comments )
more editing options
Our tournament meeting is on May 13, Thursday at 6:30pm at Foothill High School in the football film room on the northern side of the campus. the gate is actually at the corner of Foothill and Old Foothill. It is just east of Tustin Western LL.   Please make sure you are on time.
cancel

With deep sadness District 30 and Little League Baseball lost a long time supporter and friend to cancer on March 6, 2010. Frank Folsom was a manager, coach and member of the Board of Directors with North East Santa Ana Little League for 9 years. He has volunteered many hours throughout his lifetime and has served many years on the District 30 staff. He was a dedicated volunteer to the program and always had a positive attitude.

Frank was born in Deer River, Minnesota on June 27, 1944. He and Lynda were married in 1970 and had 2 sons Greg and Gary. The boys played at Northeast Santa Ana LL. Frank’s grandsons Gavin and Nolan currently play at Orange Little League.

The District 30 Staff would like to dedicate the 2010 season in memory of Frank Folsom.