hide
hide
No announcements have been posted yet for Division 1 (Bastarache Division).

Welcome to the new home of the Maritime Wheelchair Basketball Association!

The MWBA is the home of many wheelchair basketball players from all around the Maritimes. If you are a resident in Nova Scotia, PEI, or New Brunswick, and you have an interest in trying out Wheelchair Basketball, you've come to the right place! We have a competitive division and developmental division for players of all ages both male and female.

For more information or if you have an interest, contact your local club or our League Commissioner Adam Loo at chef.adam.loo@gmail.com and he'll be more than happy to direct you to the right place. Welcome, we hope you can get out and cheer on your local club! Check back often to keep track of statistics, schedules, practices, and upcoming events! 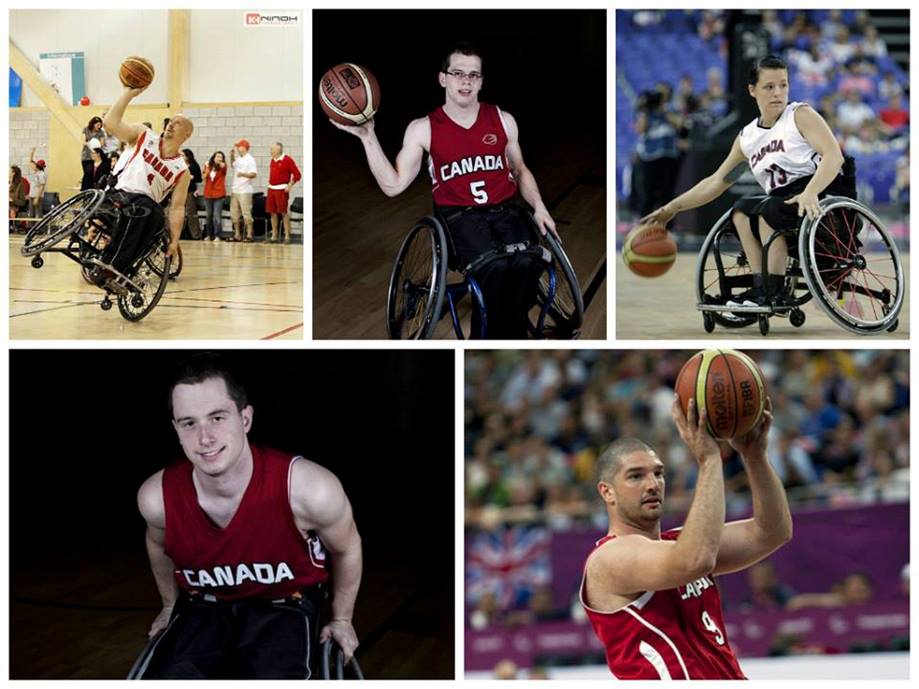 The 2015-16 Season is almost here, we will be hosting our first season tournament on October 17th-18th in Fredericton, New Brunswick. Please be sure to check back for more information including the schedule, location, and highlights of the games.

If you have not yet registered your team, please contact Adam Loo at chef.adam.loo@gmail.com.

We look forward to a great year this season and hope to see you all in the gym!

The PEI Mustangs were proud to host the Maritime Wheelchair Basketball Association League Finals this past weekend in Charlottetown, PEI. The tournament was held at the Holland College gymnasium.

Teams from all over the Maritimes traveled to PEI and braved the storm as they were anxious to get to the final tournament of the 2014-15 season. The weekend kicked off with a great contest between the Elm City Thunder and the Saint John Rebels. Early in the game, the teams traded points until the Rebels were able to rally for a solid run and take the lead. The teams battled hard in the fourth but the Thunder couldn't quite handle the Rebels strong half court coverage. Final score: Rebels 47-Thunder 26.

In the Edney Division, the Antigonish Highland Hawks took on the PEI Canada Games team in what was one of the closest games of the weekend. The teams battled hard early and the Hawks showed they were in the running for an upset. Both teams had many ups and downs throughout the second and third quarters. In the fourth, PEI was able to secure a lead and clinch the win. Final Score: PEI Canada Games 51-Hawks 44.

In the Bronze Medal Game in the Edney Division, the Elm City Thunder and the Antigonish Highland Hawks fought back and forth for the first half of the game. The Hawks had a couple sets of hot hands and their defense was able to lock down the key threats from the Thunder. The Hawks clinched the win and took home the bronze medal. Final Score: Hawks 41-Thunder 29.

In the Bronze Medal Games in the Bastarache Divisin, the PEI Mustangs started out strong with many contributors as scorers. The Mustangs put pressure up and played solid defense in order to secure the win in this medal round. Final Score: Mustangs 67-Nova Scotia Canada Games 47.

The final game of the tournament was the Gold Medal Game in the Bastarache Division. In what became the tightest game of the tournament, both teams had contributors on both offence and defense to keep it close all the way through. The Elm City Lightning earned the lead several times but late in the game, the New Brunswick Canada Games team executed the game plan precisely and were able to pull of the win and take home the Gold. Final Score: New Brunswick Canada Games 67-Lightning 54

MWBA Awards were given out at the banquet on Saturday night. The winners were:

Rookie of the Year

Defensive Player of the Year

Congratulations to all participants in the MWBA this season. The League saw many successes with the Canada Games, the All-Star Weekend and the MWBA League Finals. All the best to everyone and we will see you all next season.

Another great regular season is close to wrapping up in the MWBA as Elm City hosted the Maritimes this past weekend at Oromocto High School. Things got kicked off with a great day of basketball and several competitive games leading up to the All-Star Game tip-off between East and West teams.

For the 3-Point Shooting Contest, contestants were given 5 shots and the highest amount made would win. In the event of a tie, the tying players would then have another opportunity to shoot 5 more shots, repeating until a winner was named.

In the shooting order of youngest to oldest, there were 5 shooters:

Making it to the second round, Jake Fudge kicked of the round nailing another 3 of 5. With all the pressure on Sean Wilson, a few close ones kept the crowd's attention but unfortunately luck was not on his side as he hit 1 of 5 in the second round.

For the Speed Shooting Contest, contestants were given 30 seconds to hit as many shots as possible from their preferred shooting spot outside the key. In the same shooting order of youngest to oldest, there were 5 contestants:

It was a close battle in this competition as players had to be quick, calm and collected, taking each shot precisely. Brandon and Jason were close in the first two, then Colin took over dropping 9 in 30 seconds. Adam was right behind him hitting 8 as the buzzer sounded just before the last shot left his hands. Robbie had a strong showing but not enough to take down Colin who left the champ.

In the All-Star Game, each team was hyped up after the skills competitions and Tip-Off got underway at 7:00pm. Team East, missing some key players, had some struggles but kept it close early. Team West had many line-ups to run and did so effectively, keeping the heat on Team East in the back court. Robbie Cameron, Dave Durepos and Shane Dunnett came out hot in the second quarter and they never looked back. Team West took the win and are already talking about the 2015-2016 season All-Star Game.

Congratulations to all those who participated in this year's MWBA All-Star Weekend, sponsored by Pharmasave. On behalf of the MWBA, I'd like to thank all those who took the time to come out and watch as well as our sponsors.

Take care and see you at Finals in Charlottetown, PEI at Holland College on March 21-22, 2015.

Posted by Karen Ferguson at Mar 27, 2014 5:00PM PDT ( 0 Comments )
more editing options
The 2014 League Banquet and Awards Ceremony will be held at the Old Triangle Irish Pub 424 Charlotte Street Sydney, Nova Scotia. The banquet will start at 7:00pm and attendees will order from the pub menu. Awards ceremony to follow.
cancel
← Previous 1 2 Next →