hide
hide
No announcements have been posted yet for Minor A.

Opening day is fast approaching, we will send out more details on that soon. We are in need of volunteers to help out with some tasks on Opening Day to help things run smoothly. If you or any of your older children (middle school and up) are available to help please contact Terese Tye at teresetye@gmail.com for details. 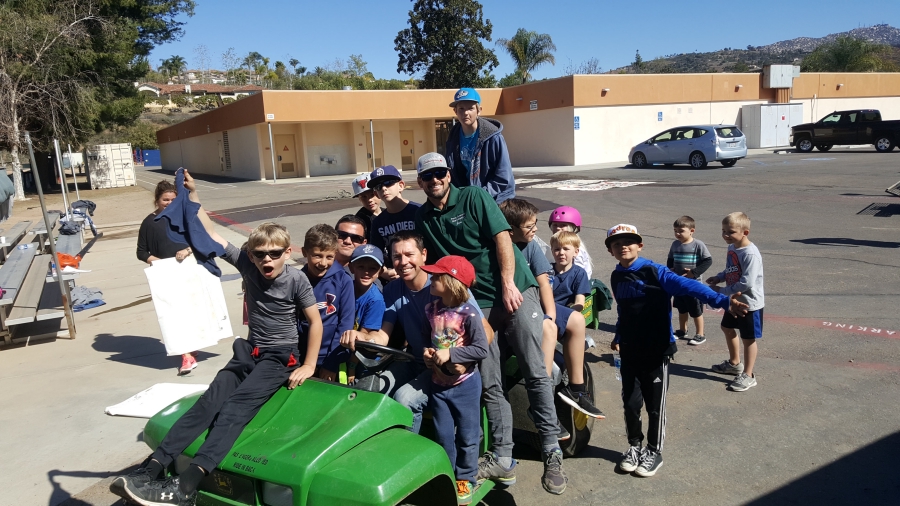 Out of the five years I’ve been involved with PALL, this is the biggest turnout I’ve seen for Field Day!
We accomplished everything on my to-do list, and even my B-List was completely crossed off.

I could write pages of names that deserve a shout-out, but I’m sure I’d forget so many that deserve credit. Whether you put in a little, or put in a lot today, it is so much appreciated.

You’ve heard it before, and I’ll say it again – without volunteers like you all, the league could not function. I’m proud to be part of PALL, and have the opportunity to know and put in time with all of you! 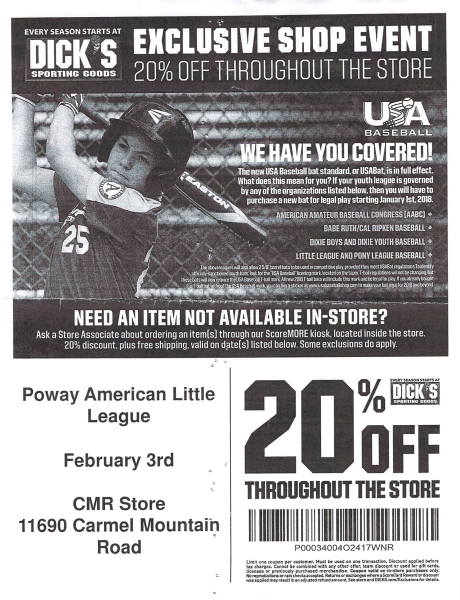 “This coupon is good for Saturday and Sunday, 2/3 & 2/4 only. If there is an item you would like and the store is out of stock, please find a sales associate IN the store and they will assist you in ordering through the ScoreMORE kiosk – they will let you apply this coupon to your purchase.”

See on the ball field!

Dear PALL Families,
The season is inching closer! Teams are being formed in the next week and will be announced on February 3rd. (More to come on that next week.)

Please take a moment to view the attached flyer for the upcoming District 31 Adult/Youth Umpire Clinics. Umpiring is a great opportunity for adults to volunteer and youth (13 and older) to make some good money during the baseball season. The clinic will give all the necessary training and tools to be a little league umpire. Dates and times are below. See the flyer for registration information.

Dear PALL Families,
We would like to take the time to thank the 2016-2017 Executive Board and Board Committee members for their dedication to the Poway American Little League over this last year. During this last year the entire board has volunteered tirelessly to make Poway American Little League a wonderful organization for our youth to come together for the love of baseball and community. We have several board members who have spent the last several years helping to make this league an outstanding organization that will not be returning for this 2017-2018 season. We’d like to extend a huge THANK YOU to the following exiting members; Bobby Ronsse; Paul Klepsch, Stephanie Evans, and Jeff Wurtz. The league could not have operated without your dedication.

With that being said we would now like to take the time to introduce the 2017-2018 Poway American Little League Board.

We have several positions yet to be filled. Please email jamie@pallbaseball.org if you are interested in these:
Umpire in Chief
Sponsorship Coordinator

Once again thank you to the PALL Board and Board Committee members for you time and to all the PALL families for your support.