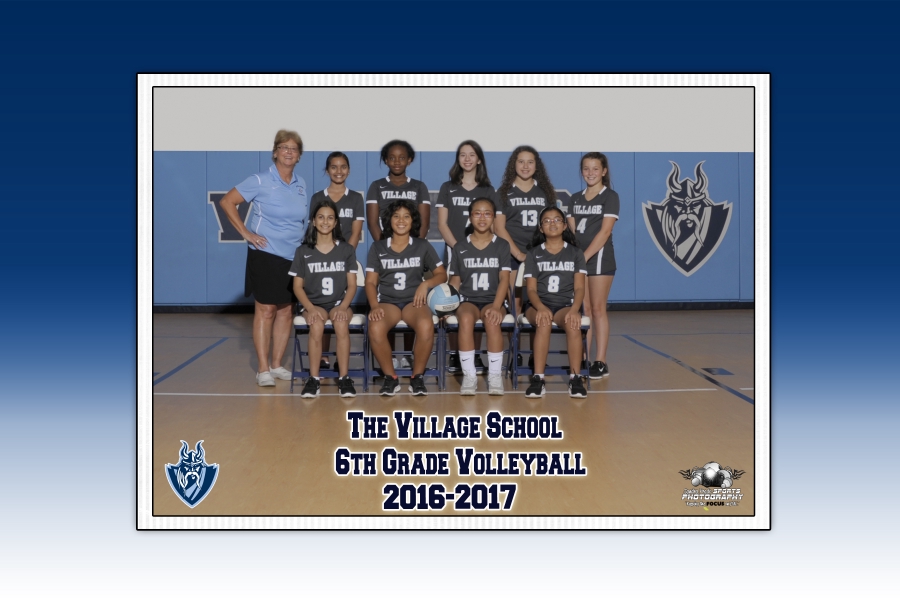 The 6th grade volleyball team consisted of nine girls who enjoyed being with each other daily, work ethic was strong, always willing to learn more about the game & develop there skills. I am very proud of this team in many ways & so glad that we created the family bond on & off the court. It was a joy to see, coach & encourage these student athletes daily & to watch them step up in tough challenges & support each other through thick & thin. They all had the opportunity to learn how to be a captain & develop some leadership roles both in practice & at matches. With some good, healthy off season workouts and/or playing other Village School sports, these girls will only get better in the years to come! THANK YOU PARENTS for providing snacks & drinks, the support, encouragement & love is unmeasurable! 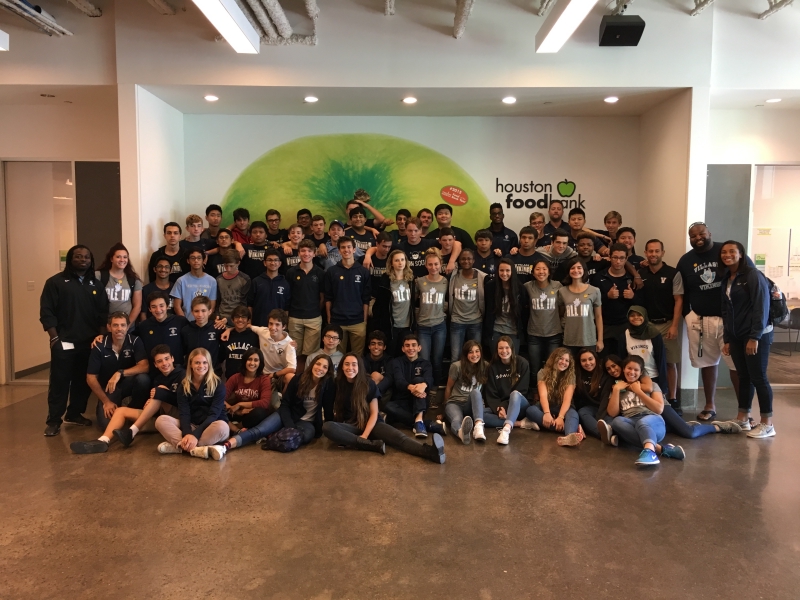 The Village School Athletic Department is proud of its Service Learning program. Throughout the year, each Varsity athlete will experience a service learning project during his or her sports season. On Monday, October 10th, each fall sport Varsity athlete went on a service project to the Houston Food Bank. With over 65 Varsity athletes, coaches, and our Athletic Director in attendance, the Village Vikings gave their time to serve the community, and help the Houston Food Bank by working on the assembly line, sort food, medicine products, and home goods. In total, our Viking athletes helped create over 10,000 meals! Our young student-athletes and staff showed tremendous character and work ethic. As a department, we are happy when we are able to help the community and will continue to actively seek other ways to extend our reach to help others. 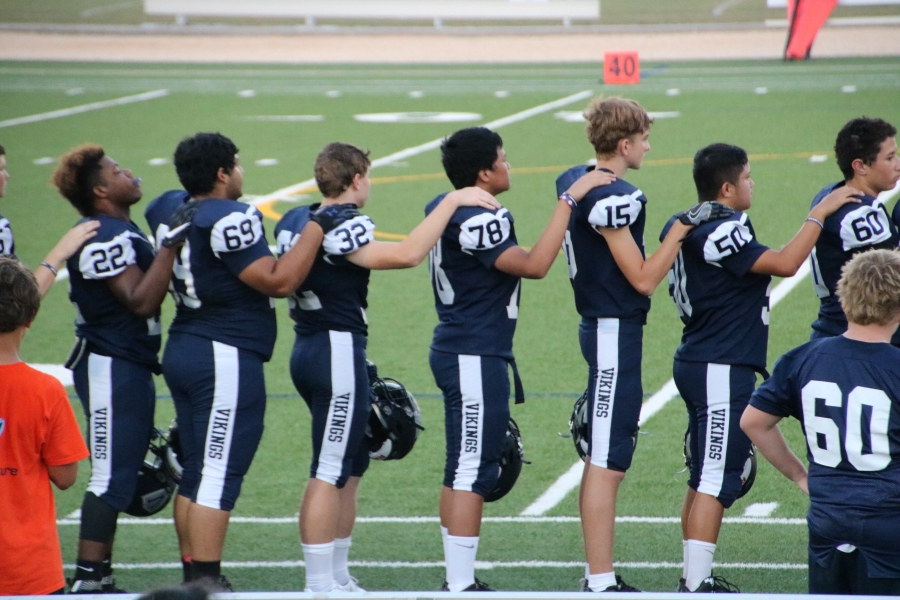 The Homecoming football game is always one of the most highly anticipated sporting events of the year. The energy and excitement builds around the entire campus weeks before the game is even played. Once the week finally arrives, the school embraces and celebrates the spirit of the event with themes for each day. As each day passes, we inch closer and closer to the end of the week. The hype is now reality. All of sudden, it’s Thursday, and the Middle School Pep Rally is about to start. The entire MS student body gathered in the Moore Gym. Music is blaring. Everyone is standing and cheering. The band is rocking. The students and faculty ditched the usual school attire for spirit wear. The Viking Spirit Dance Team is gathered in a tunnel formation as the cross country, volleyball, and football teams run out to be greeted by thunderous applause. The Pep Rally closed with a faculty vs student’s football game, which was highly competitive. The faculty took the bragging rights for this year’s event after suffering a loss last year. Later that evening, the MS football team won in a shootout, 46-26. It was a total team effort, and a great way to set the tone for Friday’s Homecoming game.

Friday- It’s officially the day of the Homecoming football game. Early in the day, the Varsity football team and marching band roamed the hallways in each division, giving high fives to students, and creating the energy that would carry over to kick off. The school day closed with a High School Pep Rally. The students and faculty gathered in the Moore Gym, which was transformed for a special Blackout theme. Every window was covered with black paper. No light was getting in. Each student was wearing their black Homecoming shirts. Fluorescent blacklight necklaces, rings, and bracelets were handed out to each kid. With the gym lights still on, all we needed to do was flip the switch. 3…2…1…Blackout! Music bumping. Students cheering. Neon lights everywhere. The place was hyped up.

It was now 4:00 in the afternoon and the kickoff tailgate party had started. With a live DJ setting the mood, food trucks, games, and our Alumni Association tent, the HS campus was alive. In the spirit of Homecoming, the alumni tent welcomed back over 50 Village School alumni. It was great to see former classmates interact, hug, and return to the place that meant so much to them. One of our alumni, Isaiah Taylor (2013), served as the game’s honorary captain.

With only 10 minutes to go before kick off, Isaiah flipped the coin, and the Vikings were set to receive the ball first. The Vikings marched down the field and scored on their opening drive after a Khalil M touchdown! Owen M capped off the PAT and the Vikings took the early lead, 7-0. After a deep kick, the Vikings pinned KIPP deep in their own end. On the 3rd play from scrimmage, Michael A forced a fumble and recovered it to give the Vikings great field position. 2 plays later, Khalil M rushed in another touchdown, giving the Vikings a 14-0 lead with 8 minutes remaining in the first quarter. After another great kickoff, the Vikings pinned KIPP back in their own territory. The Vikings would force a 3 and out, forcing KIPP to punt. After a poor kick, the Vikings got the ball at their opponents 35 yard line, and were threatening to score their 3rd touchdown in the first quarter. Moments later, it was Khalil M again, scoring his 3rd touchdown in the quarter. The Vikings wasted no time taking control of the game and would never look back. Later in the game, Ray C hooked up with Owen M on a play action passing touchdown. FB, Jeremy Sanchez, would also find pay dirt on a 5 yard rushing touchdown. The Viking’s scoring was capped off by an Owen M 32 yard field goal, and a blocked PAT that was scooped up by Ray C and returned for an extra 2 points. The final score of the game was: Vikings 40 – KIPP 12.

Homecoming was also a night where we honored our Cross Country and Football senior athletes. Thank you for all of your hard work and commitment to your school. Here is a list of our seniors:

The week culminated with the Homecoming dance on Saturday night. Congratulations to our Homecoming King and Queen, Ted D and Regina B! The Village School would like to thank all of our students, parents, alumni, and faculty for a memorable Homecoming week. With over 1,200 people who attended the game, it was our largest turnout in school history! We hope to see everyone at a future event in the near future and GO VIKINGS!

DIG PINK Was a Huge Success 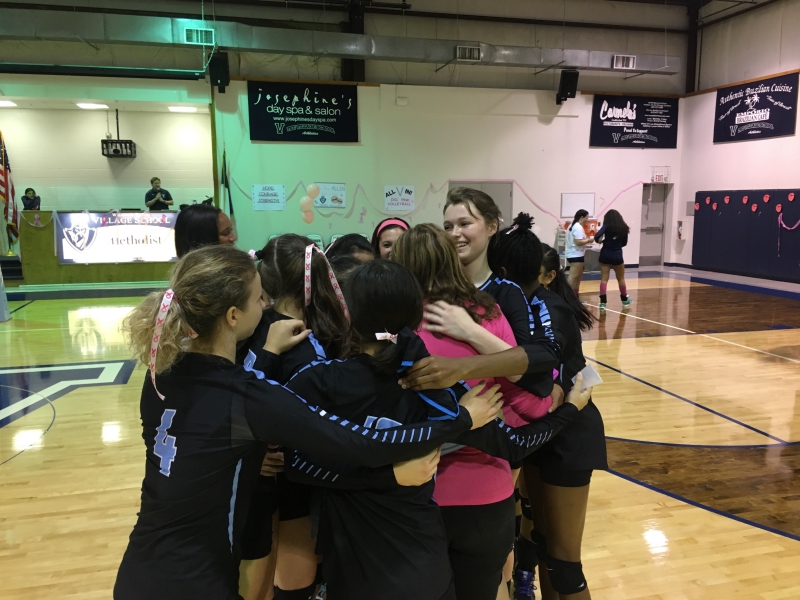 On October 6th, the JV and Varsity Volleyball teams played Lutheran North in the annual Dig Pink breast cancer awareness game. The JV girls fought hard, but fell short 1-2 in a close match. The Varsity girls came out sharp and never let up, defeating Lutheran North in 3 straight games to sweep the match.

For this year’s Dig Pink game, the Vikings played in celebration of Varsity volleyball mom and cancer survivor, Angela Boardman. In our efforts to create awareness for men and women to get routine check-ups and to help research teams find a cure for cancer, the Vikings raised a total of $2,100. All proceeds from the Dig Pink event will go to Houston Methodist Oncology Research.

It was an awesome night in many different ways, and the Vikings would like to thank everyone who supported the event. 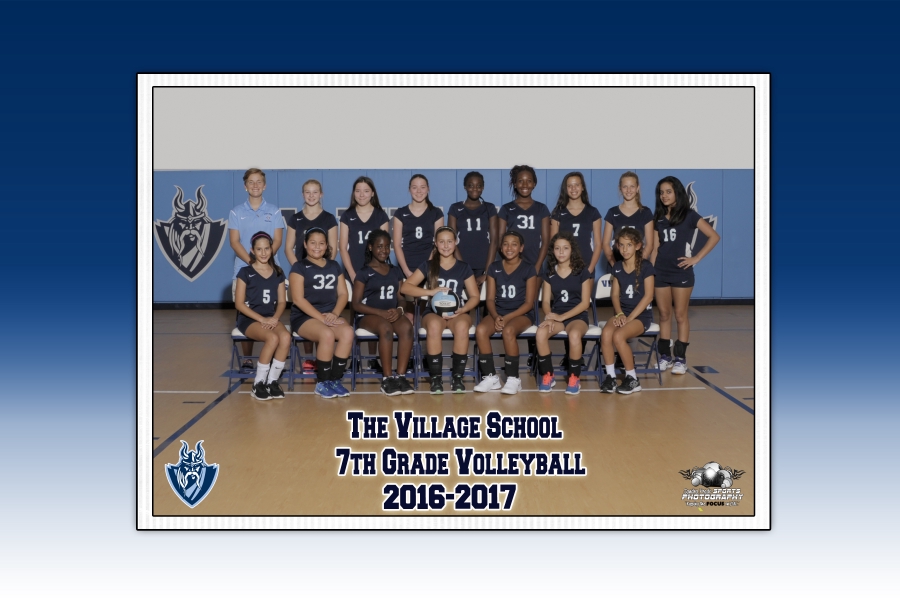 The first half of the 7th grade volleyball season has seen a lot of improvement. The team has come away with some exciting wins due to team effort. There has been a lot of leadership from girls that looks so promising for the rest of the season. The team is hitting practices hard and looking to end the year in winning fashion. The next 7th grade volleyball game is on October 4th against Presbyterian followed by an away game October 6th at Kinkaid. Come support your Lady Vikings!