Posted by Village School Athletics on Feb 22 2017 at 05:35AM PST
More editing options 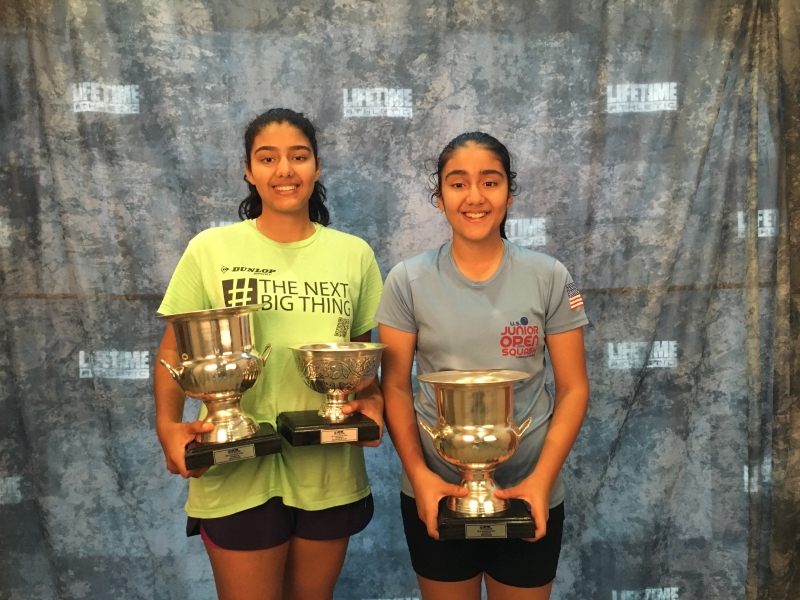 Daksha also represented the country for Elite Tournaments like Asian Juniors in Jordan and Malaysia where she competed with the best of the best in selection process to make her place in the team. She has played the world’s best tournaments like British Junior open http://www.squashsite.co.uk/bjo/ in 2012 and 2013. Ever since they moved to the U.S., both of them are playing US Open as well and have given tough competition to their opponents.

Since they moved to US, Daksha has won once a national title in 2015 held in Harvard, Boston. Even though Junior Squash is less popular in Houston, they both have worked hard to maintain their top position in the country. Daksha is also contributing in spreading awareness about the benefits of this game among the other kids of Houston by assisting her coach during the local tournaments.

Tanmai has always followed her sister’s footsteps and always enjoyed playing Squash with great enthusiasm. She too has won a lot of National Ranking Tournaments in India and in US as well. She not only has a wonderful sportsman spirit but is also blessed with a great leadership quality. Right now she is the elected President of NJHS Society in The Village School and tries her best to fulfill her responsibilities.

When other kids enjoy their summer vacations visiting their close family members, they are working whole heartedly to improve the game of Squash. The game also keeps them busy after school as it requires tremendous amount of fitness and practice on every day basis. This is not enough, they even willingly sacrifice their social life to put in the best effort to win the game.

Continued support our sincere congratulations to Daksha and Tanmai for all of the hard work and achievement they earn from the sport of squash.