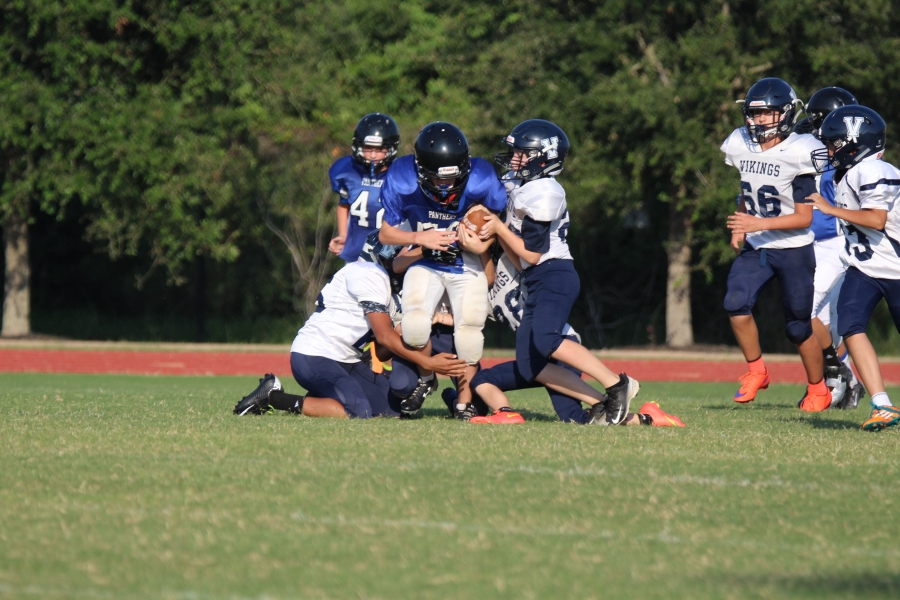 The sixth and seventh grade football team tied against Presbyterian on Thursday night, 7-7. After being down 7-0 in the first quarter, the Vikings stormed back with a sixty yard drive to tie up the game before halftime. Kemdi E scored the Vikings only touchdown on a 1-yd touchdown run, and ran in the ensuing one-point conversion. The Vikings defense shut out Presbyterian in the second half with notable performances by Benjamin C, Hugh C, Rodrigo J-M, and fumble recovery by Travis M. With that tie, the Vikings are now 2-1-1 on the season. Come out next Thursday as the middle school takes on the Northside Lions at home at 4:30pm. Go Vikings!