Posted by Village School Athletics on Feb 13 2017 at 07:11AM PST
More editing options 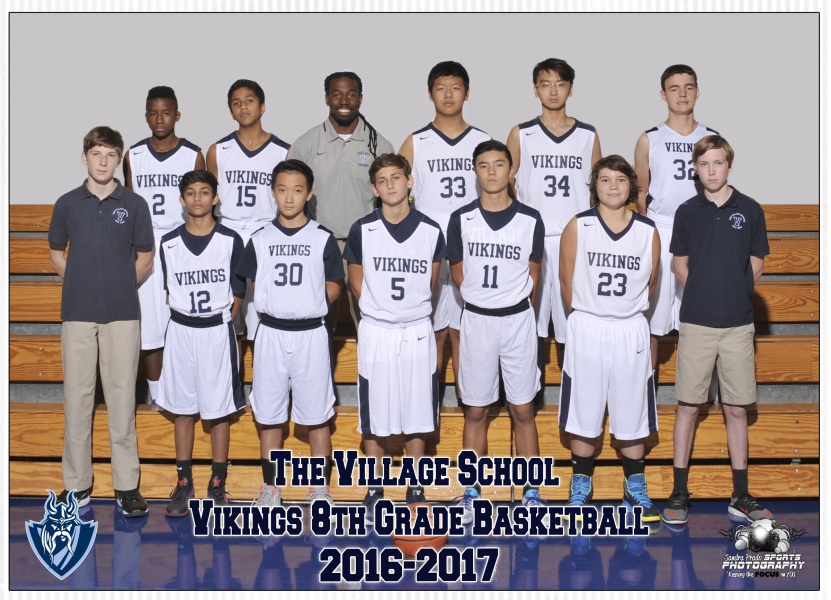 On behalf of the MS Basketball coaching staff, we would like to thank all of our parents and players for a great season. I want to thank the parents, for having patience after long hours of practice and sacrificing time to allow us to practice on weekends as well. We played in some tough games and lost some close ones, but we always battled our hearts out. Even when we came up short, your support never wavered. This not only means a lot to us as coaches, but it means a lot to the kids as well. It was an honor coaching this group. It was great to see the confidence of our players increase as the season went along. At the beginning of the season, the kids were still learning the game. By the end of the season, they became more eager to jump into game action and would say, “Coach I’m ready to play”! We also had a lot of parents take photos and record videos at our games to help capture all of the great moments and fun throughout our season. Thank you!

Our team experienced a lot of ups and downs because of injuries, holiday vacations, and 2 sport athletes this season, but it did not stop the team’s progress. It gave other guys a chance to step their game up. We’ve had some exciting games, like winning 3 games in double overtime. That shows how mentally tough this group was. They had a resilience and a will to win. We also had some 1st time players who stepped up and became starters late in the season. We had a large number of different starting lineups throughout the season.

The boys also made their 3rd appearance in the HJPC Tournament in 5 years. We are most proud of the fact that every kid on the roster improved. They had a great attitude all year long and worked so hard at each practice. They experienced their fair share of aches and pains, but they are all better for it. To those players who experienced injuries during our season, we wish you a speedy recovery and hope you are ready for the spring season. We also received a lot of compliments on how well our kids handled themselves during away games.

We will really miss this group of kids. We enjoyed being around each other and bonded together very quickly. It was nice to see such a great rapport among the team and I’m sure they will miss spending time together as well. Good luck to everyone during their Winter and Spring seasons.