hide
hide
No announcements have been posted yet for California District 30.

The 2013 Tustin City Tournament has been completed

Congratulations to the A Division

Good Luck to Both Teams

The final game has been completed and what a game it was. We ended up tied in the 5th inning and it took two more innings to finally come up with a winner. Both teams were magnificent and played a great game.  Congratulations to the North Sunrise Athletics whom took a one run lead in the top of the 7th inning and held on through the bottom. Great game was enjoyed by all in attendance.

Thanks to both teams. 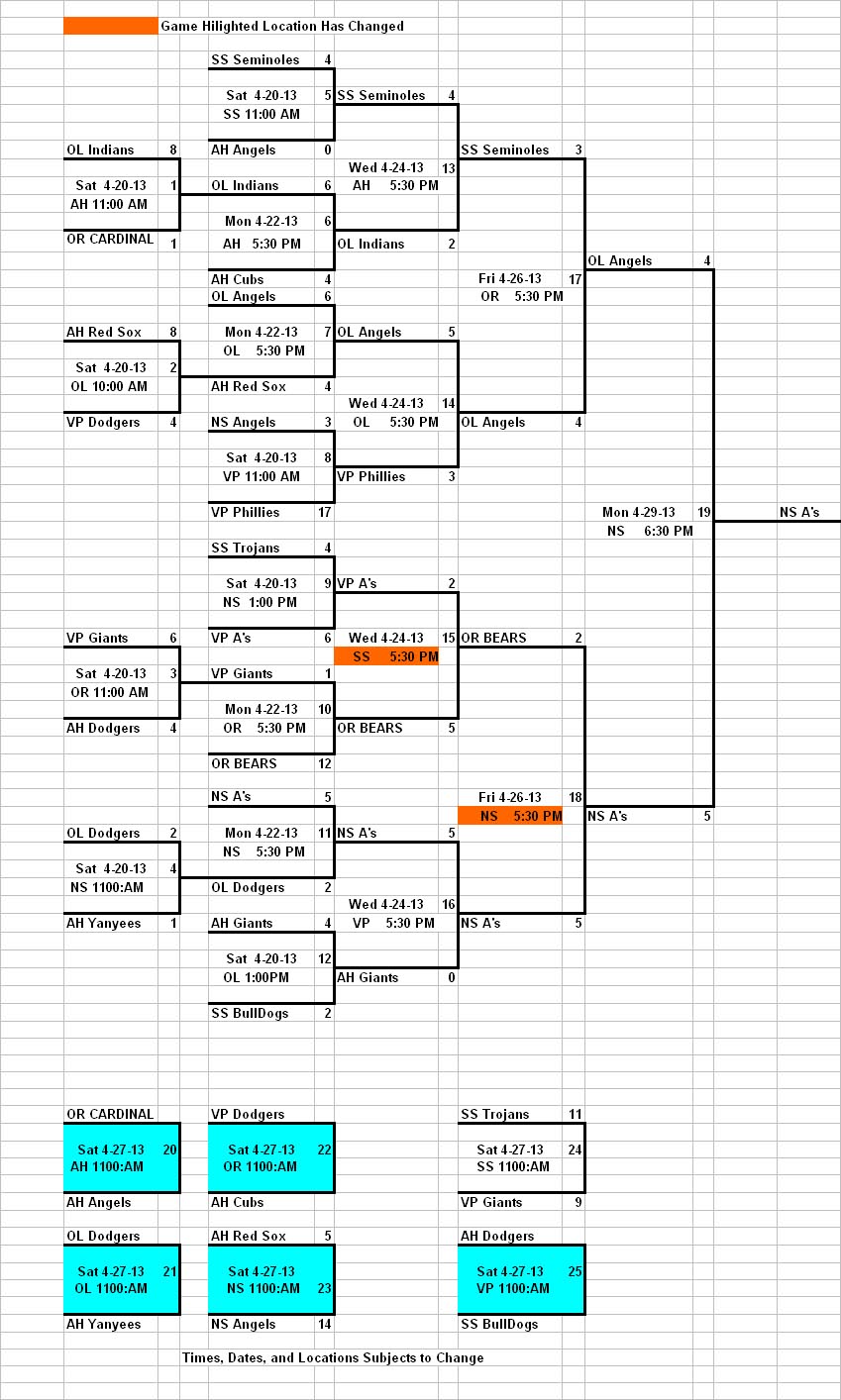 The final AAA 2013 Orange City Tournamememt game has been completed. The AAA game was tied through the 5th inning into the 6th. Villa Park Pirates finally were able to score a run and win the game. Congratulations to the Villa Park Pirates. Both teams played an  outstand game.

Thanks for a great time tonight.

Good Luck to both Teams

Thanks for a great game and thank you parents for being so positive for your teams. It was great.