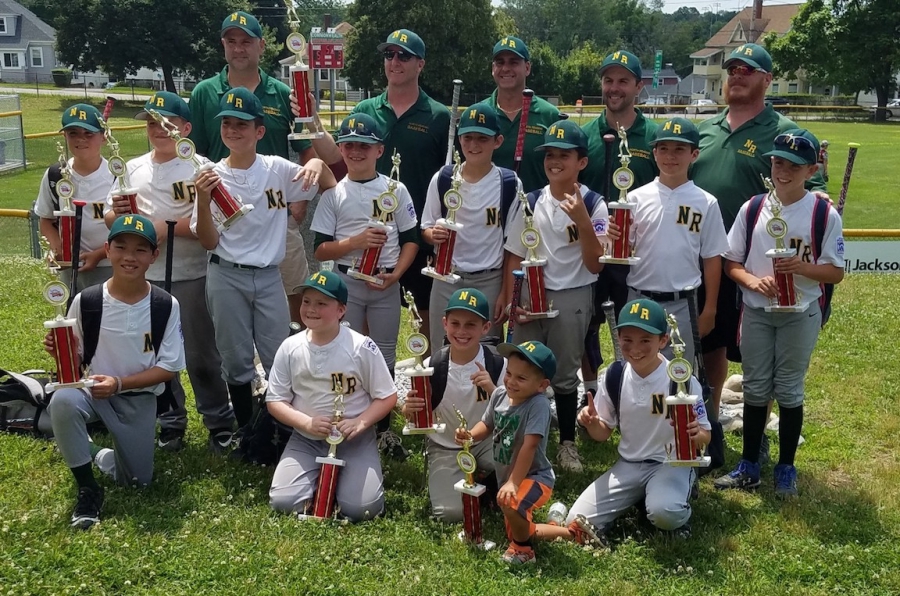 First up was the District 13 Little League Tournament. The Hornets went 3-1 in pool play by beating Stoneham, Woburn, and Wakefield to secure the top seed. In the playoffs, North Reading once again beat Stoneham, 16-4, in the semifinals, before being upset by Woburn in the District final, 8-6, in an exciting back-and-forth affair.

Next up was the Bay State Baseball Tournament of Champions, where the 11s faced off against some of the best teams in the state. The Hornets represented North Reading proudly, going 7-1 and beating Dracut in the final by the score of 4-3. In that game, the home team found itself trailing, 3-0, before battling back to pull out the dramatic victory in the bottom of the sixth inning.

The team finished the summer by participating in the Conway Tournament in Tewksbury, accumulating a 4-1 record during the two-week event. Overall for the summer, the Hornets competed in 19 games against all-star teams from 17 different/towns and cities across the state.

Paving the way for the Hornets were their array of arms. The team posted an overall ERA of 1.52, led Dylan Matthews, who yielded just two earned runs in 41 innings on the mound while striking out 58. Robbie Daley, Nick Torra, Gavin Brady, and Zach Emery rounded out the staff.

Matthew Mancinelli was steady behind the plate calling the majority of the games. Offensively, the Hornets generated 159 runs — an average of 8.4 per game — led by batting average leaders Gavin Brady (.518), Zach Emery (.462) Gavin Wesley (.462), and Robbie Daley (.455).